Alexander III of Macedonia, world-renowned as Alexander the Great, was a king of the Argyad dynasty who ruled the ancient Greek kingdom of Macedon. Born in Pella in 356 BC, Alexander succeeded his father Philip II when he was only twenty years old.

Who is Alexander the Great?

Alexander the Great served as king of Macedonia from 336 to 323 B.C. During his time of leadership, he united Greece, reestablished the Corinthian League and conquered the Persian Empire.

Whole life in a glance

Conqueror and king of Macedonia, Alexander the Great was born on July 20, 356 B.C., in Pella, in the Ancient Greek kingdom of Macedonia. During his leadership, from 336 to 323 B.C., he united the Greek city-states and led the Corinthian League. He also became the king of Persia, Babylon and Asia, and created Macedonian colonies in the region. While considering the conquests of Carthage and Rome, He died of malaria in Babylon (now Iraq), on June 13, 323 B.C.

Alexander the Great was born to parents King Philip II of Macedon and Queen Olympia, daughter of King Neoptolemus. The young prince and his sister were raised in Pella’s royal court. Alexander grew to resent his father’s absence and philandering as his father wasn’t there for much time during his growth.

He received his earliest education under the tutelage of his relative. Leonidas tought Alexander math, horsemanship and archery, struggled to control his rebellious student. Alexander’s next tutor was Lysimachus, who used role-playing to capture the restless boy’s attention. He particularly delighted in impersonating the warrior Achilles.

In 343 B.C., King Philip II hired the philosopher Aristotle to tutor Alexander at the Temple of the Nymphs at Meiza. Over the course of three years, Aristotle taught Alexander and a handful of his friend’s philosophy, poetry, drama, science and politics.

He completed his education at Meiza in 340 B.C. A year later, while still just a teen, he became a soldier and embarked on his first military expedition, against the Thracian tribes. In 338, Alexander took charge of the Companion Cavalry and aided his father in defeating the Athenian and Theban armies at Chaeronea.

In 336, Alexander’s sister wed the Molossian king, an uncle who was also called Alexander. During the festival that followed, King Philip II was murdered at the hands of Pausanias, a Macedonian noble.

In the wake of his father’s death, Alexander, then 19, was determined to seize the throne by any means necessary. He quickly garnered the support of the Macedonian army, including the general and troops he had had fought with at Chaeronea. The army proclaimed Alexander the feudal king and proceeded to help him murder other potential heirs to the throne. Ever a loyal mother, Olympia further ensured her son’s claim to the throne by slaughtering the daughter of King Philip II and Cleopatra and driving Cleopatra herself to suicide.

Even though He was the feudal king of Macedonia, he didn’t obtain automatic control of the Corinthian League. As they launched independence movements, He sent his army south and coerced the region of Thessaly into acknowledging him as the leader of the Corinthian League. Then during a meeting of league members at Thermopylae, He caused their acceptance of his leadership.

As Alexander was nearing the end of his northern campaign, he was delivered the news that Thebes, a Greek city-state, had forced out the Macedonian troops that were garrisoned there. Alexander and his forces arrived in Thebes so quickly that the city-state didn’t have a chance to pull together allies for its defense. Three days after his arrival, Alexander led the massacre of Thebes. His intimidation tactic proved effective; the other Greek city-states, including Athens, chose to pledge their alliance to the Macedonian Empire or opted to remain neutral.

In 334, Alexander embarked on his Asiatic expedition, arriving in Troy that spring. Alexander then faced Persian King Darius III’s army near the Grancius River; Darius’ forces were swiftly defeated. By fall, Alexander and his army had made it across the southern coast of Asia Minor to Gordium, where they took the winter to rest. In the summer of 333, the troops of Alexander and Darius once again went head to head in battle at Issus. In November of 333, He declared himself the king of Persia after capturing Darius and making him a fugitive.

Next up on Alexander’s agenda was his campaign to conquer Egypt. After besieging Gaza on his way to Egypt, He easily achieved his conquest; Egypt fell without resistance. In 331, he created the city of Alexandria, designed as a hub for Greek culture and commerce. Later that year, Alexander defeated the Persians at the Battle of Gaugamela. With the collapse of the Persian army, He became “King of Babylon, King of Asia, and King of the Four Quarters of the World.”

Alexander’s next conquest was eastern Iran, where he created Macedonian colonies and in 327 seized the fortress in Ariamazes. After capturing Prince Oxyartes, Alexander married the prince’s daughter, Rhoxana.

In 328, Alexander defeated King Porus’ armies in northern India. Finding himself impressed by Porus, He reinstated him as king and won his loyalty and forgiveness.

In 325, after He had recovered, he and his army headed north along the rugged Persian Gulf, where many fell prey to illness, injury and death. In February 324, He at last reached the city of Susa. Desperate to retain his leadership and recruit more soldiers, he tried to connect Persian nobles to Macedonians in order to create a ruling class. To this end, at Susa he commanded that a large number of Macedonians marry Persian princesses. After He managed to recruit tens of thousands of Persian soldiers into his army, he dismissed many of his existing Macedonian soldiers.

While considering the conquests of Carthage and Rome, Alexander the Great died of malaria in Babylon (now Iraq), on June 13, 323 B.C. He was just 32 years old. Rhoxana gave birth to his son a few months later. 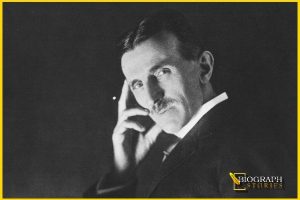