Thomas Jefferson was one of those people who had contributed as the primary draftsman of the U.S. Declaration of Independence and served as the nation’s first secretary of state and the second vice president during that period. He was the third president of the United States who turned the U.S. economy into more stabilized form that time and defeated pirates from North Africa during the Barbary War. He was the founder of the University of Virginia.

Jefferson was born on April 13, 1743, at the Shadwell plantation located just outside of Charlottesville, Virginia. Jefferson was born into one of the most prominent families of Virginia’s planter elite. The name of his mother was Jane Randolph Jefferson and his father’s name was Peter Jefferson. Jefferson had 10 brothers and sisters where he was the third.

Jefferson used to pass his childhood by playing in the woods, practicing the violin and reading. His early life studying involved learning Latin and Greek at a local private school.

When he was 14, he took up further study of the classical languages along with literature and mathematics with the Reverend James Maury.

In 1760, he left home to join the College of William and Mary in Williamsburg and fell in with a circle of older scholars from whom he received his true education.

After three years at William and Mary, Jefferson decided to read law but there were no law schools at this time. It was Wythe who guided Jefferson through an extraordinarily rigorous five year course of study and by then, he became one of the most learned lawyers in America.

Jefferson practiced law in Virginia with great success from 1767 to 1774 by trying many cases and winning most of them. During these years, he fell in love with Martha Wayles Skelton who was a recent widow and one of the wealthiest women in Virginia.

The pair married on January 1, 1772 and had six children together. Only two of them survived into adulthood though. Their name was Martha, their firstborn, and Mary, their fourth. Only Martha survived her father.

Jefferson was one of the earliest and most passionate supporters of the cause of American independence from Great Britain. He was elected to the Virginia House of Burgesses in 1768 and joined its radical bloc soon after that. In 1774, Jefferson created his first major political work, A Summary View of the Rights of British America and it had established his reputation as one of the most eloquent advocates of the American cause.

In June 1776, the Congress appointed a five-man committee where Jefferson was one of them to draft a Declaration of Independence. The committee then chose Jefferson to author the declaration’s first draft. Over the next 17 days, Jefferson drafted one of the most powerful testaments to liberty and equality in world history. After creating the Declaration of Independence, he returned to Virginia and served as a member of the Virginia House of Delegates.

In 1777, Jefferson wrote the Virginia Statute for Religious Freedom, which established freedom of religion and the separation of church and state.

On June 1, 1779, he was elected by the Virginia legislature as the state’s second governor. His two years as governor proved the low point of Jefferson’s political career. When the Revolutionary War progressed into the South, Jefferson moved the capital from Williamsburg to Richmond.

On June 1, 1781, Jefferson was forced to flee his home at Monticello by the British cavalry. Soon after that, Jefferson declined to seek a third term as governor and left on June 4, 1781.

To fill his time at home, in late 1781, he started to work on his only full-length book called ‘The modestly titled Notes on the State of Virginia’ which used to provide a window into Jefferson’s political philosophy and worldview.

When Jefferson arrived in Virginia in November 1789, he found that George Washington had been elected the first president of the United States of America and that he was appointing Jefferson as his secretary of state.

In 1797, despite Jefferson’s public ambivalence and previous claims that he was through with politics, the Republicans selected Jefferson as their candidate to succeed George Washington as president. Besides presiding over the U.S. Senate, the vice president had essentially no substantive role in government. To get busy his time during his four years as vice president, he authored another book called A Manual of Parliamentary Practice which was one of the most useful guides to legislative proceedings ever written.

The election of Jefferson in 1800 was a landmark of world history where the incident of the first peacetime transfer of power from one party to another in a modern republic happened for the first time.

President Jefferson’s accomplishments during his first term in office were numerous, remarkably successful and productive.

During his presidency, he reduced the size of the armed forces and government bureaucracy and lowered the national debt from $80 million to $57 million in his first two years in office. Nevertheless, his most important achievements as president all involved bold assertions of national government power and surprisingly liberal readings of the U.S. Constitution.

His another most significant accomplishment as president was the Louisiana Purchase. In 1803, he acquired land stretching from the Mississippi River to the Rocky Mountains from cash-strapped Napoleonic France for the bargain price of $15 million, thereby doubling the size of the nation in a single stroke.

Jefferson also put an end to the centuries-old problem of Tripoli pirates from North Africa disrupting American shipping in the Mediterranean. During the Barbary War, Jefferson forced the pirates to capitulate by deploying new American warships.

Notably, both the Louisiana Purchase and the undeclared war against the Barbary pirates conflicted with Jefferson’s much-avowed Republican values. Both actions represented unprecedented expansions of national government power, and neither was explicitly sanctioned by the Constitution.

On March 4, 1809, after watching the inauguration of his close friend and successor James Madison, Jefferson returned to Virginia to live out the rest of his days as “The Sage of Monticello.”

In his later years, he involved himself in the process where he can fully get devoted in organizing the University of Virginia which was the first secular university for that time period. He personally designed the campus and selected renowned European scholars to serve as its professors on March 7, 1825.

Jefferson died on July 4, 1826. The date was also recognized at that time as the 50th anniversary of the Declaration of Independence. 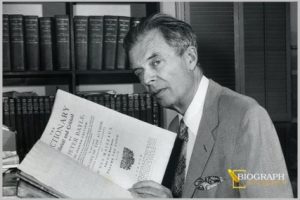