Julius Caesar was a Roman general and statesman who played a critical role in the events that led to the demise of the Roman Republic and the rise of the Roman Empire. In 60 BC, Caesar, Crassus and Pompey formed the First Triumvirate, a political alliance that dominated Roman politics for several years.

Cause of death: Assassination (stab wounds)

Who Was Julius Caesar?

Gaius Julius Caesar, leader of ancient Rome, whose contribution significantly transformed what became known as the Roman Empire by greatly expanding its geographic area in a way that nobody had ever imagined that time. He was the founder of its imperial system that balanced out the empire for better geographic advantage. At the age of 31, Caesar had fought in several wars so heroically that eventually the state’s political eye fell upon him and made him the part of it. After several alliances and military victories, he became dictator of the Roman Empire and continued to rule that lasted for just one year before his death.

The birth year of this legendary hero is a matter of controversy as many people have different opinion regarding his actual and true birth year. His early life was known by some people after his brilliant achievement in the making of the Roman Empire. It’s heard that his family was far from rich. At the age of 16, his father, named Gaius Julius Caesar, died. He remained close to his mother, Aurelia.

Around the time of his father’s death, Caesar involved himself in giving effort to establish key alliances with the country’s nobility to remain well-connected.

In 84 B.C., he  married Cornelia who was the daughter of a nobleman and had their first daughter named Julia Caesaris, in 76 B.C.

Caesar began his career in politics as a prosecuting advocate. He moved temporarily to study philosophy to Rhodes.

During his travels he was kidnapped by pirates. With his amazing negotiation skills and counter-insurgency tactics, with the help of naval force, they attacked them and the pirates were captured and executed.

From then in 74 B.C. Caesar’s importance was further increased when he gathered a private army and combated Mithradates VI Eupator, king of Pontus who had declared war on Rome.

Later on, he started an alliance with Gnaeus Pompey Magnus, a powerful military and political leader. Soon after, Caesar went on to serve in several other key government positions. In 61 to 60 B.C., Caesar was appointed and served as governor of the Roman province of Spain. Caesar maintained his alliance with Pompey which helped him to get elected as consul in 59 B.C.

The same year, Caesar married a teenager named Calpurnia and remained married for the rest of his life.

At the same time Caesar was governing under Pompey, he aligned himself with the wealthy military leader Marcus Licinius Crassus. The strategic political alliance among Caesar, Pompey and Crassus came to be known as the First Triumvirate.

For Caesar, this trio was the perfect foundation to greater domination. Crassus, a leader known as the richest man in Roman history, offered Caesar financial and political support that proved to be instrumental in his rise to power.

Role as Ruler and Gallic Wars

Not long after, Caesar secured the governorship of Gaul (modern-day France and Belgium), he built a bigger military and began the kind of campaigns that would cement his status as one of Rome’s all-time great leaders. Between 58 and 50 B.C., Caesar conquered the rest of Gaul up to the river Rhine.

As he expanded his reach, Caesar was ruthless with his enemies. In one instance he waited until his opponent’s water supply had dried up, then ordered the hands of all the remaining survivors be cut off.

The three leaders patched things up temporarily in 56 B.C. at a conference in Luca, which cemented Caesar’s existing territorial rule for another five years.

Three years later, Crassus was killed in a battle in Syria.

Rather than submit to Pompey’s command, on January 10, 49 B.C., Caesar led his powerful army to cross the Rubicon River in northern Italy and march toward Rome.

As Pompey further aligned himself with nobility, civil war broke between the two leaders proved to be inevitable.

Pompey and his troops, however, were no match for Caesar’s military ability. Pompey fled Rome and eventually landed in Greece, where his troops were defeated by Caesar’s legions.

By late 48 B.C., Caesar had subdued Pompey and his supporters in Italy, Spain and Greece, finally chasing Pompey into Egypt. Pompey was assassinated as soon as he stepped ashore in Egypt. At once, he sent Pompey’s assassins to death and there he met with the Egyptian queen Cleopatra.

Caesar and Cleopatra formed an alliance that overthrew her brother and co-regent, Ptolemy XIII, and placed Cleopatra on the throne of Egypt.

Upon his successful return to Rome, Caesar was welcomed as the father of his country and made dictator for life. Caesar greatly transformed the empire, relieving debt and reforming the Senate by increasing its size and opening it up so that it better represented all Romans. He altered the Roman calendar and reorganized the construction of local government.

Caesar also brought two city-states, Carthage and Corinth, back to life which had been destroyed by his precursors. And he granted citizenship to a number of foreigners. A benevolent victor, Caesar even invited some of his defeated rivals to join him in the government.

During that time, Caesar was also careful to solidify his power and rule. He satisfied the Senate with allies and required it to grant him honors and titles.

Caesar was assassinated by political rivals on the Ides of March (March 15th), 44 B.C. It’s not clear whether Caesar knew of the plot to kill him. 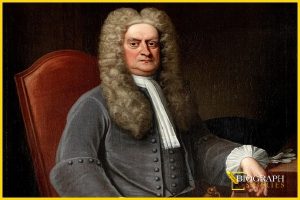 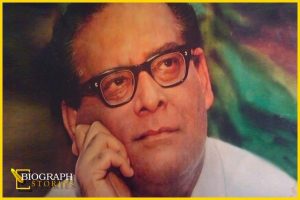